It’s only been a little over a week since my last post (see, I’m getting better) and yet Fall has fallen or whatever (I’m gonna trademark that). The air is crisp and everywhere you look, you can spot a red non-religiously affiliated Starbucks holiday cup. It’s an exciting time of year.

Since my last post, I have been trying to do more NYC things and make the most of every free moment before Thanksgiving break. On Thursday, I bought myself an $18 student ticket (this front row seat cost half as much as printer ink, how does that make any sense?!) to the New York Philharmonic. I had never seen a professional orchestra before, so I was excited, but didn’t know what to expect, besides music (duh). I dressed nice and made the long one minute trek across the street to David Geffen Hall to listen to Wagner, Adolphe (a younger, new composer, very talented woman), and Tchaikovsky’s 4th and I definitely got my money’s worth. Although in the first half I thought I might fall asleep (it had been a long day, okay?!), Tchaikovsky woke me up and made my heart beat really fast. I’m serious, never has music made me physically flinch before, that’s how intense it was sometimes. I thought the violists and violinists were going to slice their instruments in half with their bows, they were playing them that hard. It was awesome and I would love to go again soon! 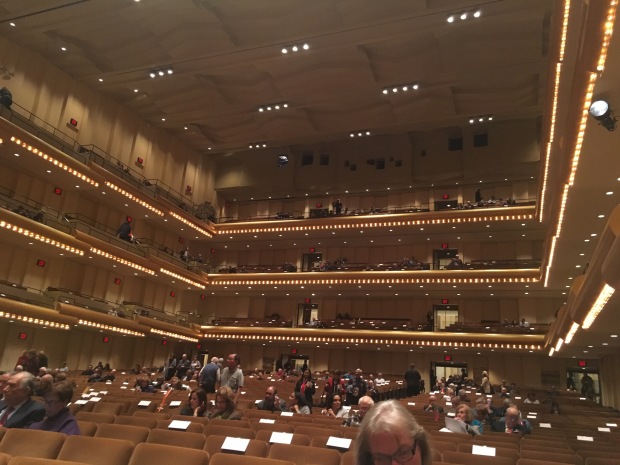 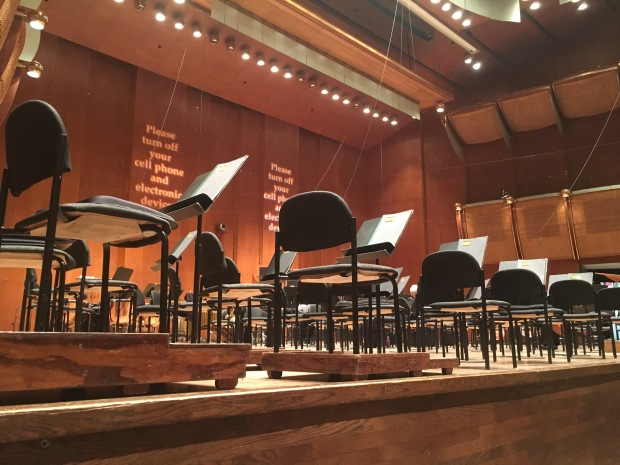 The very next night was one I had been anticipating for quite awhile. It was the night the Penguins came to play the Islanders!!! I went with a friend from school (it was her first live hockey game ever! I think I’ve turned her into a Pens fan, hehehe) and had a blast. I ended up sitting next to someone who was not only from Pittsburgh but who graduated from the exact same high school as me ten years prior (and it’s not a big school!), what are the odds?! Then the Penguins ended up winning in overtime, ahh, it was a great night. Even the drugged up D-train hobo that asked us our ages and tried to tickle my friend’s foot on the trip back to school couldn’t bring me down! ‘Twas a good time.

On Saturday I went with a friend to the other campus to watch a basketball game (we won!) and had Japanese later that night. On Sunday, I went crazy and watched 10 or 11 episodes (which are about 42 minutes an episode) of Gilmore Girls, because I desperately want to finish the series before the revival comes out this Friday (ahhhh), and well, clearly I have my priorities straight. I regret nothing.

On Sunday night at 10, I had my first ever intramural basketball game! I made the trip up to the other campus and met my co-ed team, which was a mixture of kids from my campus and the other one. Everyone was nice and we won!!! It was so much fun to play basketball again (my first game since I tore my ACL in January), but I was so excited to be back that I rushed everything and basically sucked. I also sucked wind, wowwww I need to run more. But I loved that familiar feeling of burning lungs (I’m not crazy, it means you’re working hard, it’s a good thing), I wish we had more than 5 games in our season. Also, I wish the games weren’t so late. Because the van stops heading back to our campus at 11, so I had to take a subway back to my dorm. Luckily, three guys from my campus are also on my team, so I wasn’t alone. But I didn’t get back to my room until around 12:15 AM. Can’t wait for my 11 pm game in a few weeks when I have four classes the next day (including an 8:30) *rolls eyes*. But if that’s what it takes to play basketball, I’ll gladly do it. If only we had a club team!

So now here I am, writing on a MegaBus heading home to Pittsburgh for the first time since leaving for college. I’ve seen these buses drive by me nearly every day, and I’ve always stared after them longingly. Now I could not be happier to finally be in one and on my way home. I just wish I had more time to spend with my family and friends! I come back to NY on Sunday, which seems way too soon, but in the meantime, I’ll focus on trying to sleep through the eight hour ride so that before I know it, I’m back in the ‘Burgh. Let’s go Stillers, n’at.

Enjoy this photo of Ringo Starr, brother of Patrick Starr (if you’ve never seen Spongebob then I guess this hilarious joke went over your head). I like his stache.

About The Mad House

I created "The Mad House" initially because I am too lazy to journal every day and I don't like it when my hand cramps up. It will serve primarily as a glimpse into my daily life for my family and friends, who are scattered across the country, but are always with me in my heart (awww).